Twitter’s new timeline update is the latest buzz among social marketers. This timeline update allows you to see tweets based on an algorithm rather than simply displaying each tweet in a reverse-chronology. Simply put, Twitter is on course to become more like Facebook.

This new update rolled out in February 2018 is optional for users and in reality looks very similar to the old timeline. However, there is one key difference, when the users first log in, they will see a bunch of recent ‘best’ tweets from the accounts they follow, with the conventional timeline right below. The total number of tweets may vary, but the company projected about a dozen will be displayed on an average.

So, why this is a good news for tech savvy B2B marketers?

According to the official Twitter statement through their blog,

“We’ve improved the timeline by analyzing how millions of people engage with billions of Tweets — and we’re using this information to determine the best content to surface. We use a person’s past Twitter activity to predict which Tweets they might like to see most. We look at accounts they interact with, Tweets they usually engage with, interests, and what’s going on in their network.”

This is good news as it will allow B2B marketers to:

With the best tweet algorithm, users’ past interactions will be used to determine which tweets they will see at the top. In simple words, if a marketer creates good content to interact and engage users on Twitter, they have a good chance of their content featuring on top of users’ feed and thus gain more exposure. An additional advantage of this is that marketers don’t need to post at the exact time when their users are online. It’s always been crucial to test tweets and establish a right blend of images, hashtags, and messaging to interact with the target audience, and a marketer with good knowledge of it will certainly benefit from this change.

The accounts that users have followed and interacted will act as signal for the new algorithm. By teaming up with strong users who can share the content with their followers, there is a likelihood of your content reaching at top of the users’ feed.

Real-time nature of Twitter has always been a great selling point. And with the new algorithm, network activity will be used more efficiently to decide which tweets to display. So, if several users are tweeting about the same, then that may come up on the feed of your target audience. Thus, the marketers cannot avoid what’s trending outside their domain as it is likely to impact their visibility. Thus, following right trends is now as important as scheduling tweets. 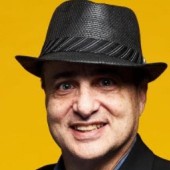 Principal & Founder @ TechConnectr Bob creates ‘double-mitzvah’ win-wins in B2B lead generation by utilizing analytics and strategic relationships. He has a strong background in finance, marketing optimization, and sales enablement. Before founding TechConnectr, Bob co-founded Los Gatos-based NetLine Corporation, a leading digital B2B marketing solution provider, where he oversaw the execution of hundreds of performance marketing programs from a wide range of clients, including Dell, Salesforce, Marketo, Microsoft, and IBM. At QuinStreet and Ziff Davis/Salesify, Bob was responsible for creating and nurturing strategic relationships with a variety of best-in-class data and marketing solution providers. He utilizes his Big-Four accounting and Fortune-500 business acumen to create success for all parties.

How To Provide Value With Your Social Proposition

You have Successfully Subscribed!